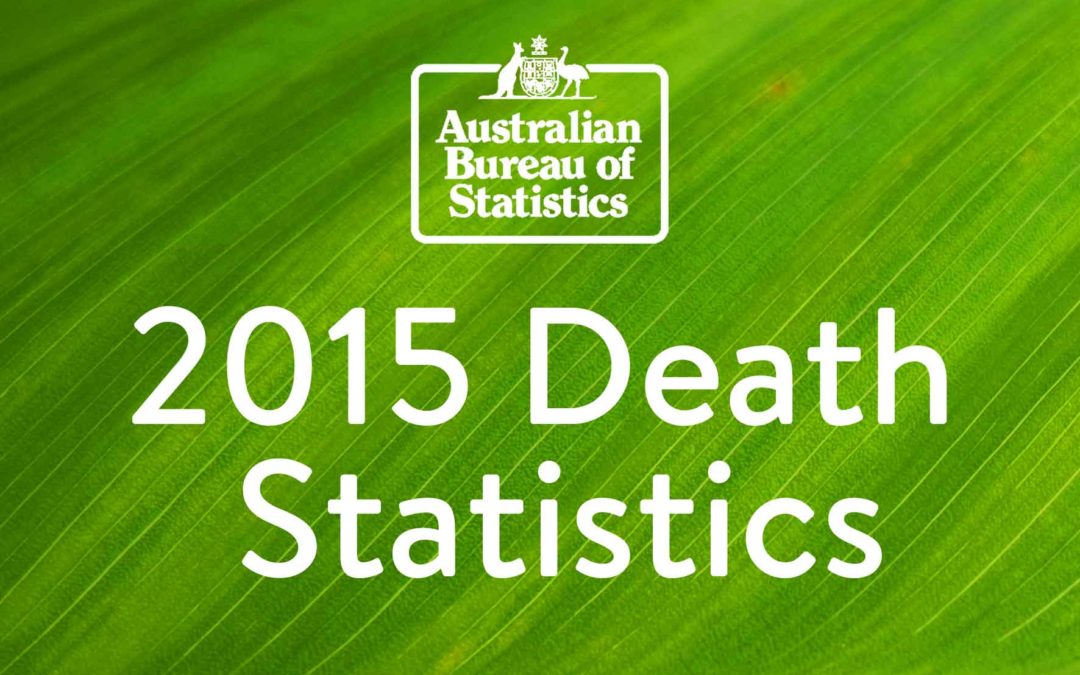 In September, the Australian Bureau of Statistics released its death statistics for 2015. The ABS usually release these statistics in November each year, for the previous calendar years’ statistics, however, their data is available earlier this year. We present some of their key findings below. 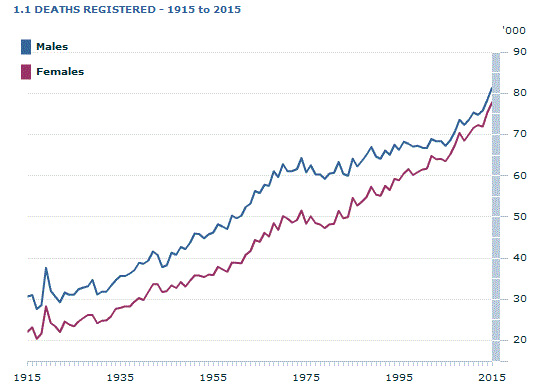 During 2005 to 2015, the standardised death rate (SDR) for Australia showed an overall decline, while experiencing some small fluctuations. SDRs remained unchanged at 5.5 deaths per 1,000 standard population in 2014 and 2015 but down from 6.1 in 2005. The SDRs for males and females also showed an overall decline during the period, again with some small fluctuations (see graph 1.3). 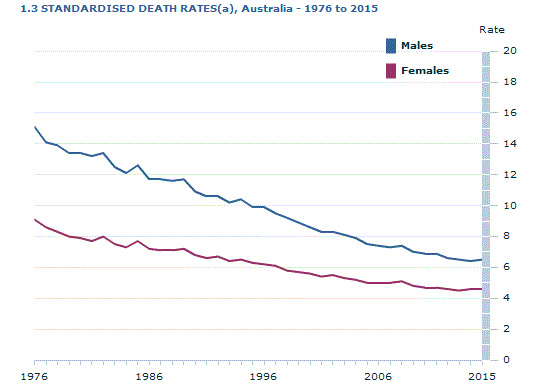 Over the past 10 years, SDRs declined in all states and territories. The Northern Territory and the Australian Capital Territory experienced the largest declines (falling by 1.3 and 0.9 deaths per 1,000 standard population respectively). These declines were followed by South Australia (falling 0.7), New South Wales, Victoria and Western Australia (each falling 0.6), and Queensland and Tasmania (each falling 0.5) (see graph 1.4).

For more information visit the Australian Bureau of Statistics website www.abs.gov.au. You can also download spreadsheets of the ABS’s 2015 death statistics from our Resources section on the website.