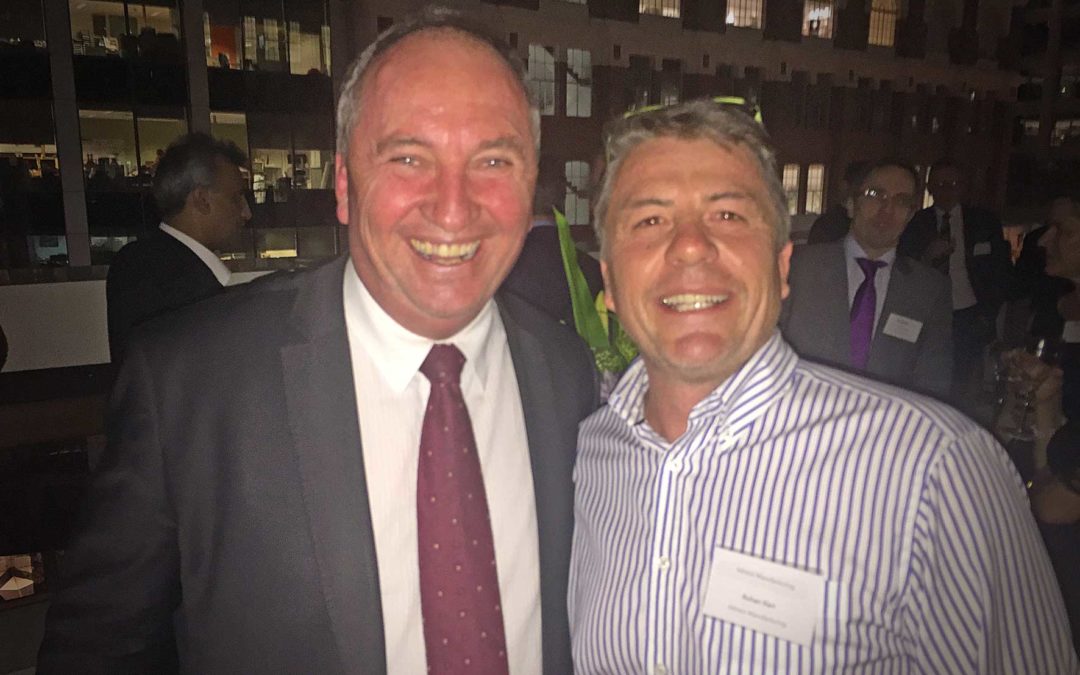 Ashton’s Chief Executive Officer Rohan Kerr recently met the Deputy Prime Minister the Hon Barnaby Joyce MP, at a function in Brisbane. The often serious and uncompromising Minister was relaxed and good-humoured at the event.

The Minister is very much aware of the challenges of small business. In his early years, when faced with a choice between a senior role in banking or starting his own business, Mr Joyce chose the latter and owned and operated Barnaby Joyce & Co for ten years in the western Queensland town of St George.

Mr Joyce says that operating his own business was among the most challenging yet rewarding decisions of his career and is unashamedly pro small business and is a strong advocate for the sector.